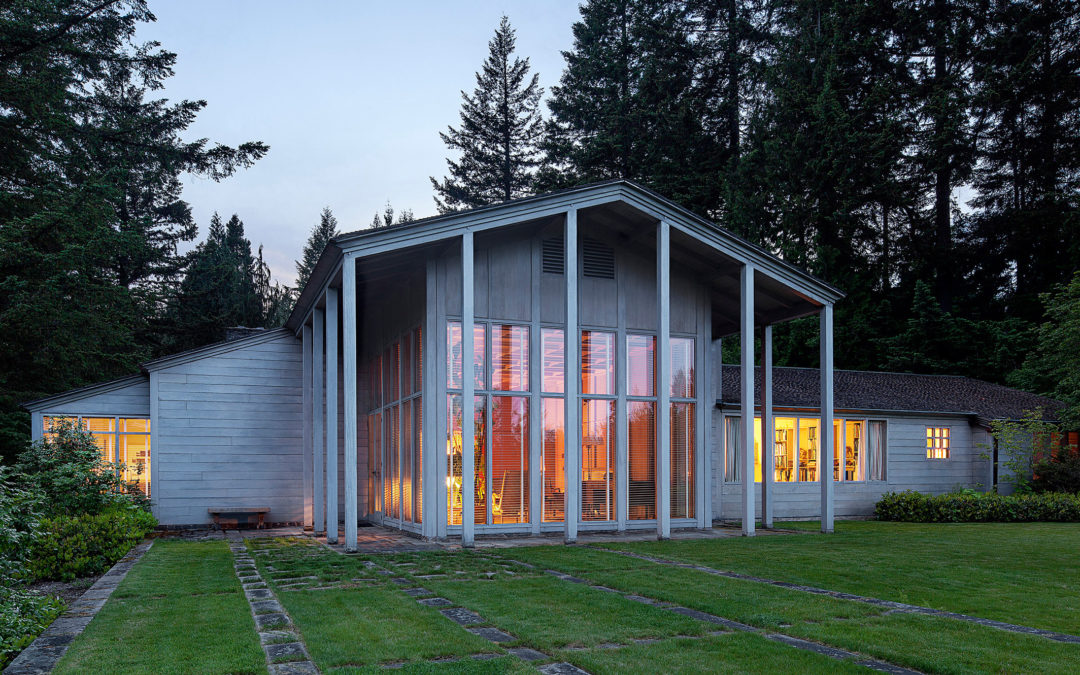 No conversation on NW Regional Modernism is complete without mention of John Yeon. One of the progenitors of the style, he was also an urban activist, historic preservationist and one of the region’s most influential conservationists.

Yeon was born in Portland in 1910, to John B. Yeon and Elizabeth Mock Yeon, lumber barons and overseers of the construction of the Columbia River Highway.  He studied at Stanford University before leaving after one semester and returning to Portland. He is credited as a polymath and autodidact and was never actually licensed in architecture despite his prowess.

“During his six-decade-long career, Yeon’s residential architecture influenced a generation of architects and presaged many later ideas of sustainable design; he preserved landmark buildings and influenced the designs for major Portland developments and parks; he single-handedly protected critical coastal landscapes; and, most prominently, his life-long advocacy for the Columbia River Gorge played a pivotal role in creating the Columbia River Gorge National Scenic Area.” Source

Among his most famous projects was the above pictured Watzek House (picured above), built in 1937 for Yeon’s good friend and lumber magnate Aubrey Watzek. It instantly became an icon for bold, new regional interpretations of the Modernist movement. To this day it is one of a few of Portland’s National Historic Landmark residence and John Yeon is quoted as saying the design for the home came to him in a “series of revelations”.

Many of the most famous names in the Northwest Regional Modernist movement took inspiration from Yeon and it shows. He was a boundary pusher and a rule breaker, an artist in all rights.

To learn more about this infamous icon in Portland history, visit the John Yeon Center here.