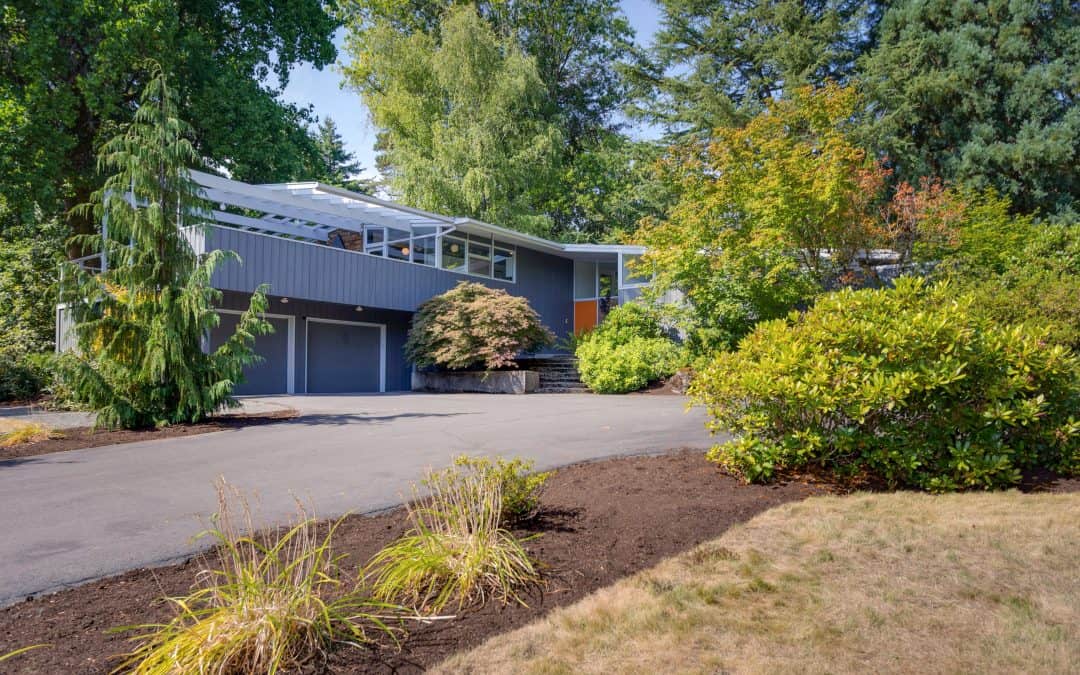 Just Listed: Pacific Northwest mid-century modern design at its best. This gorgeous home was designed by Frank Shell who was one of Portland’s most intriguing mid-century architects known for his commercial projects, he custom designed only a few  personal residences during his career so this is a rare treat and a significant piece of architecture.  This breathtaking home features walls of windows throughout with vaulted exposed beam ceilings and clerestory windows that flood the interior space with natural light. A mix of aggregate and polished concrete flooring pairs beautifully with natural wood flooring in the living spaces. Custom details all throughout the home including Hemlock wood paneling, brick detail, unique fireplaces in the dining and living rooms. Large primary suite with office flex space, walk in closet, jetted tub alcove and a sauna. The lower daylight level has floor to ceiling windows in the bedrooms, polished concrete floors and a laundry room that connects to the double car garage. Updated kitchen with custom designed handmade tile, quartz countertops, opens to the large rooftop patio with an incredibly unique fireplace that the owner had restored from the original blueprints. Located on a large .7 acre lot on a peaceful dead end street in Cedar Mill, close to Nike, Intel, shopping and downtown.
Details:
Price: $1,059,900
Beds: 4
Baths: 2.5
2,902 Sq. Ft.
Address: 12225 NW Old Quarry Road, Portland, OR
MLS 20595159
See more details at the Old Quarry Road website 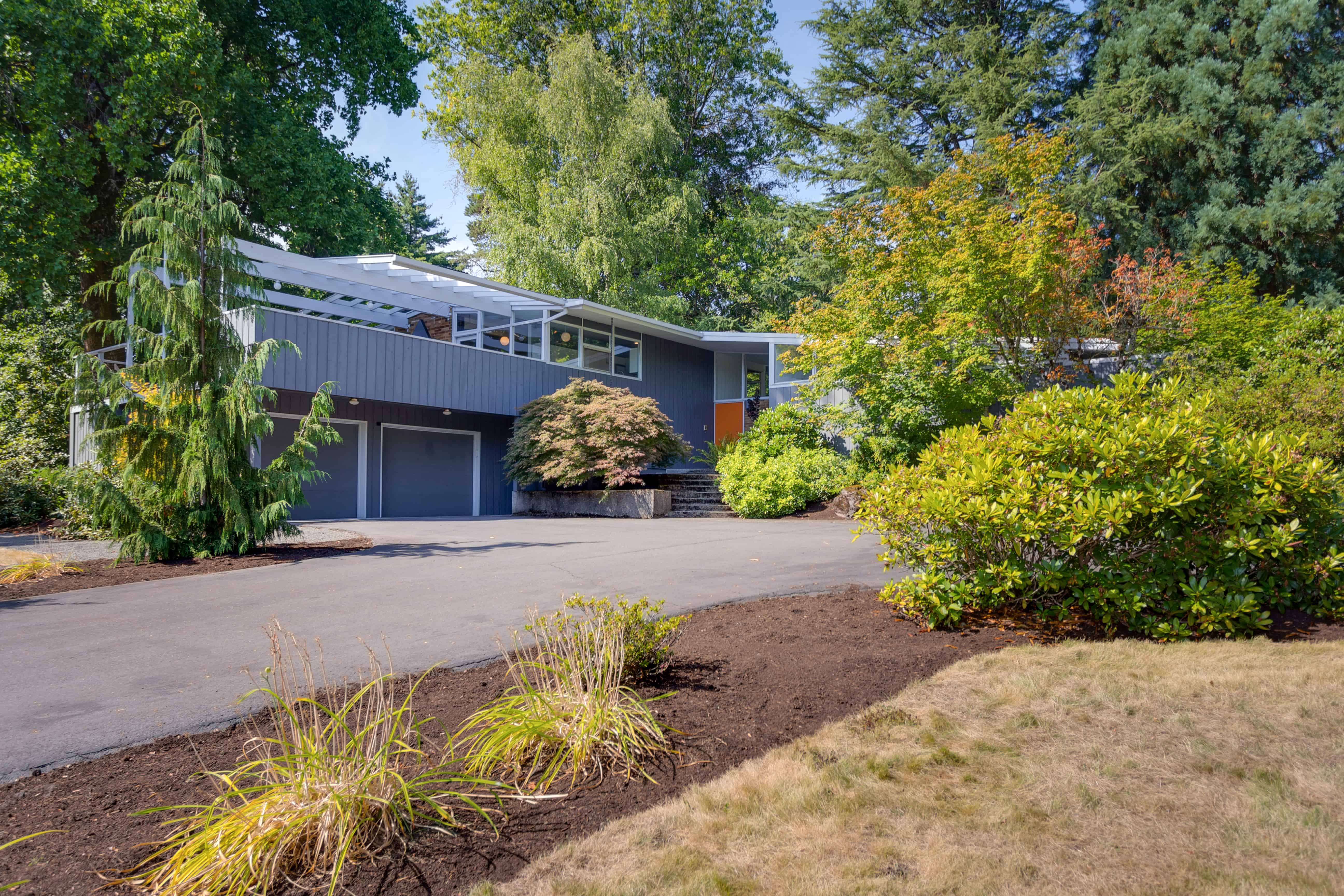 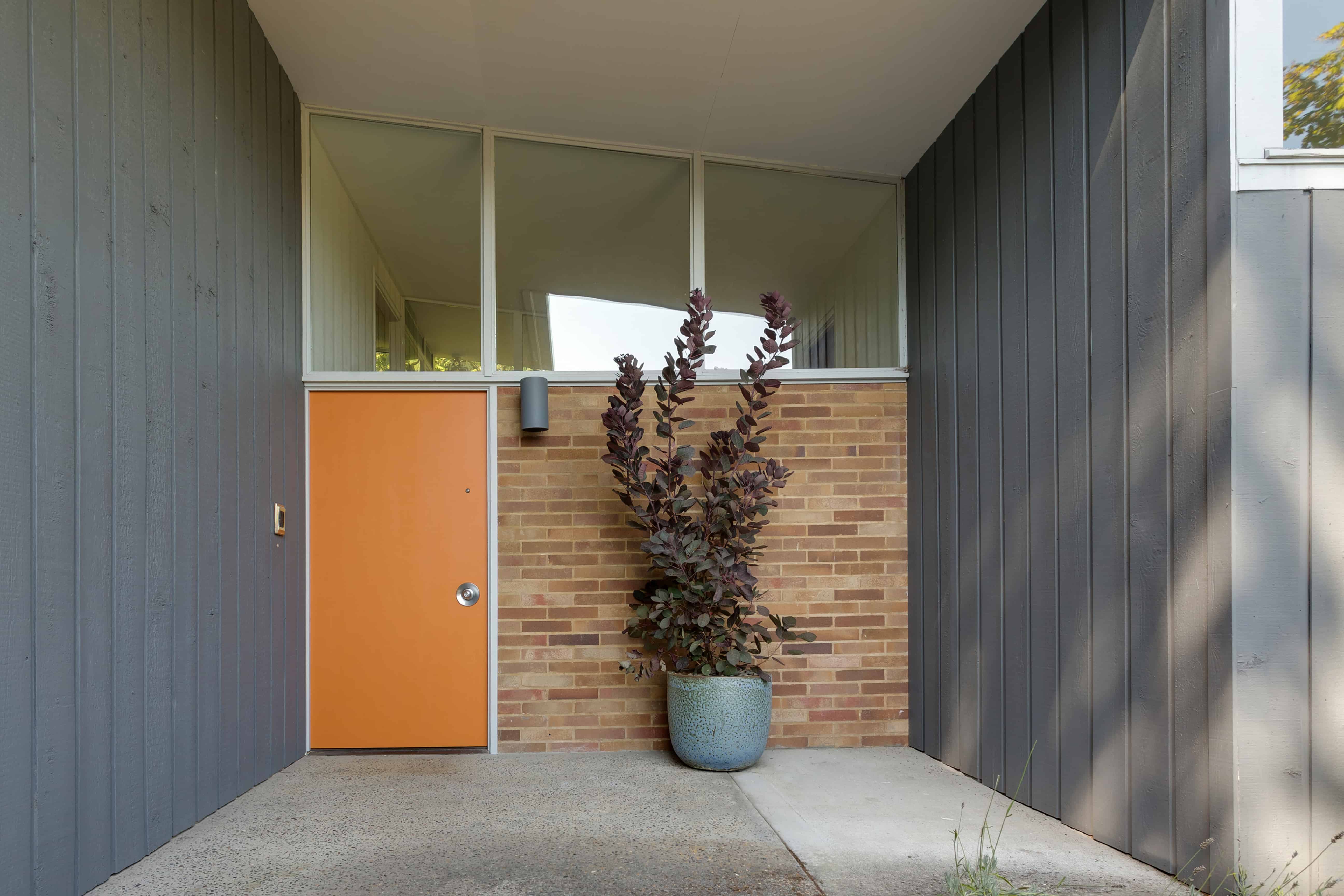 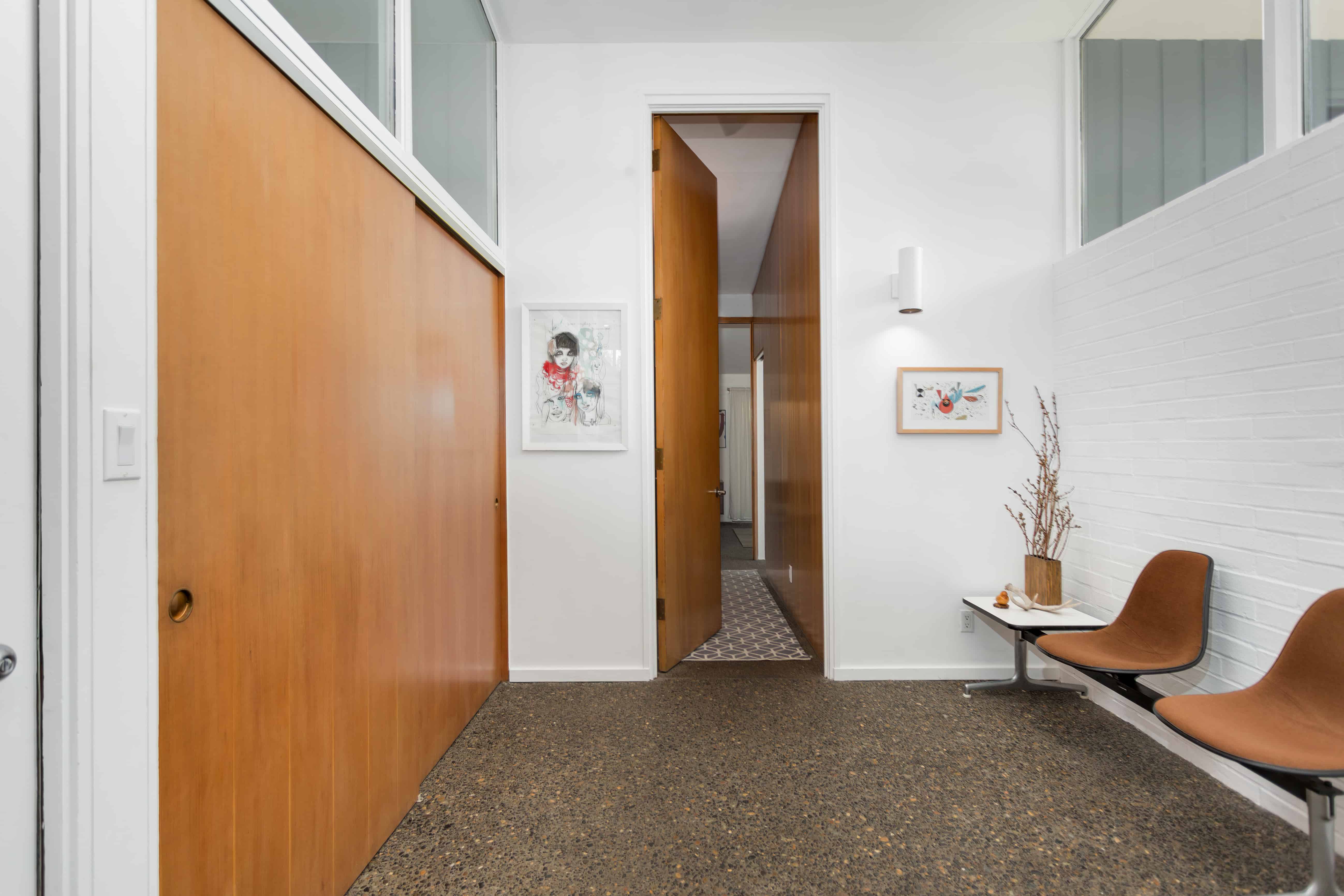 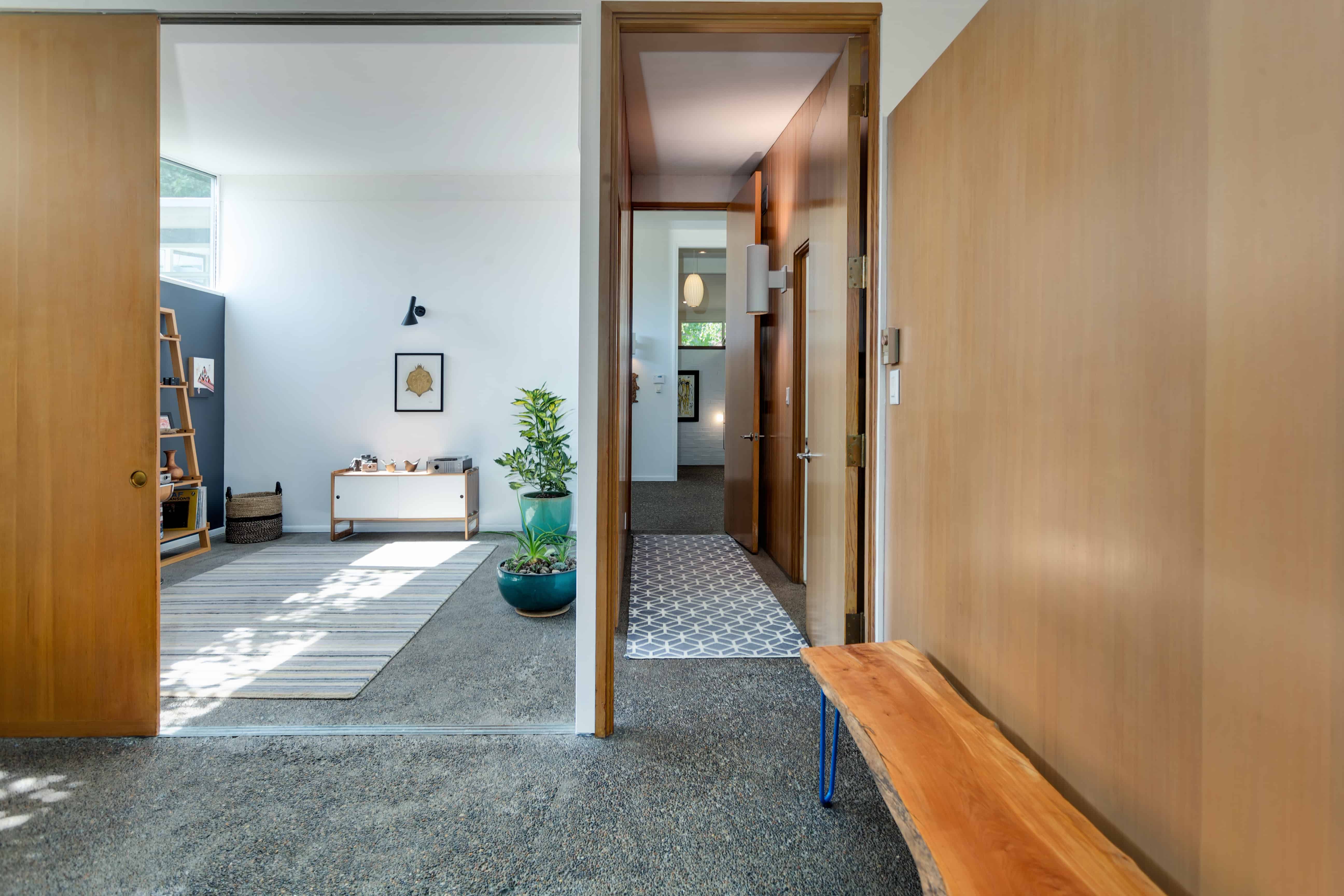 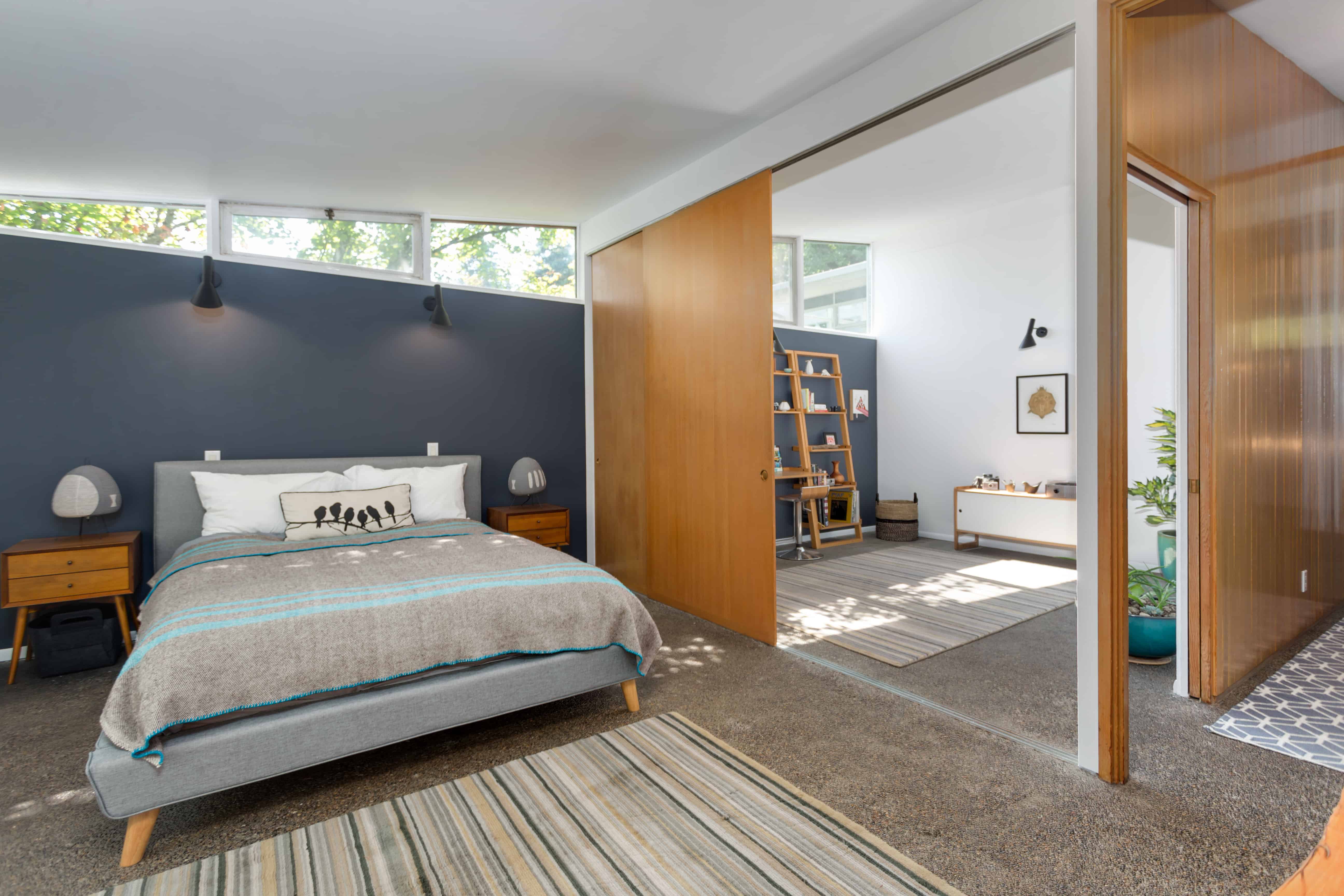 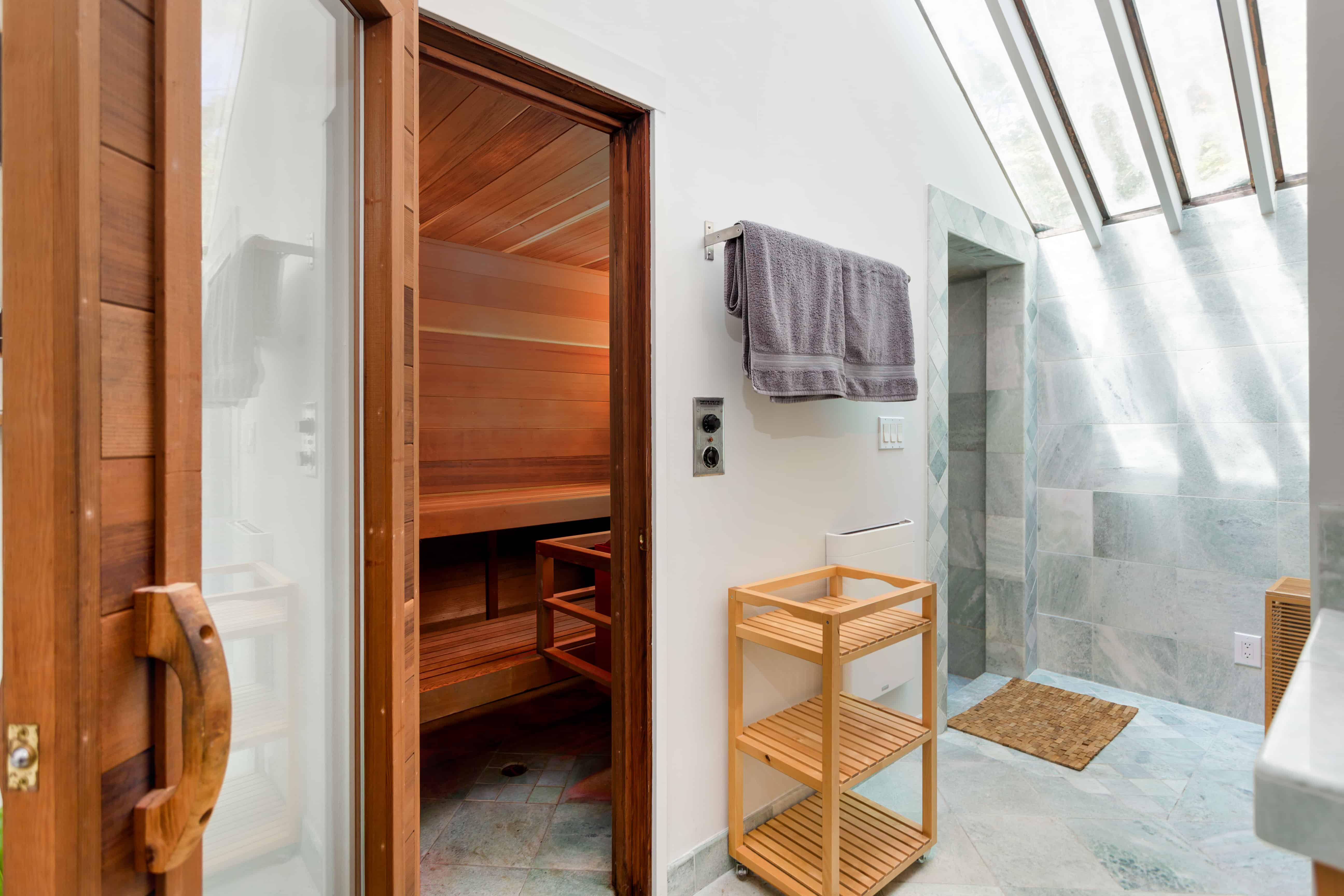 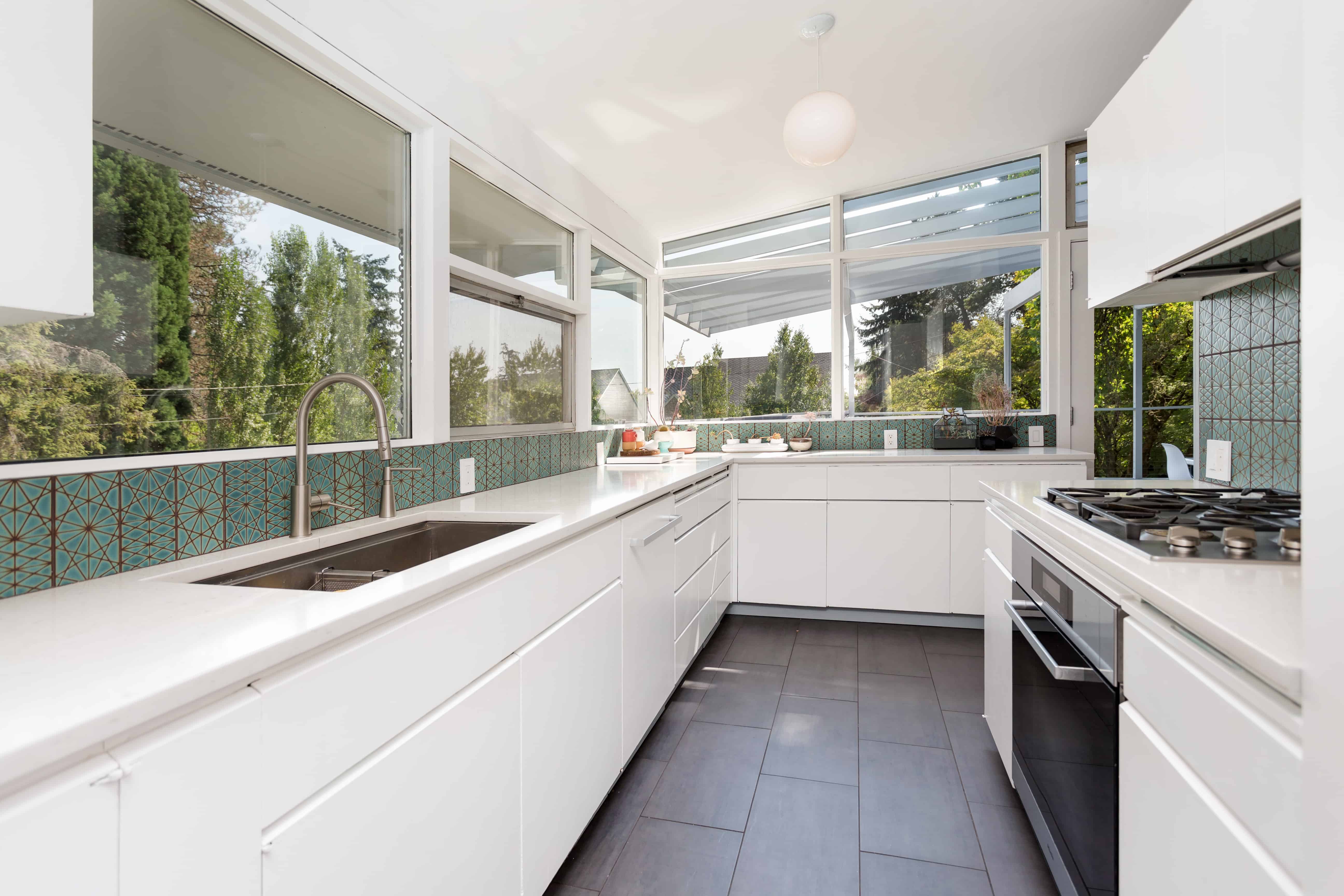 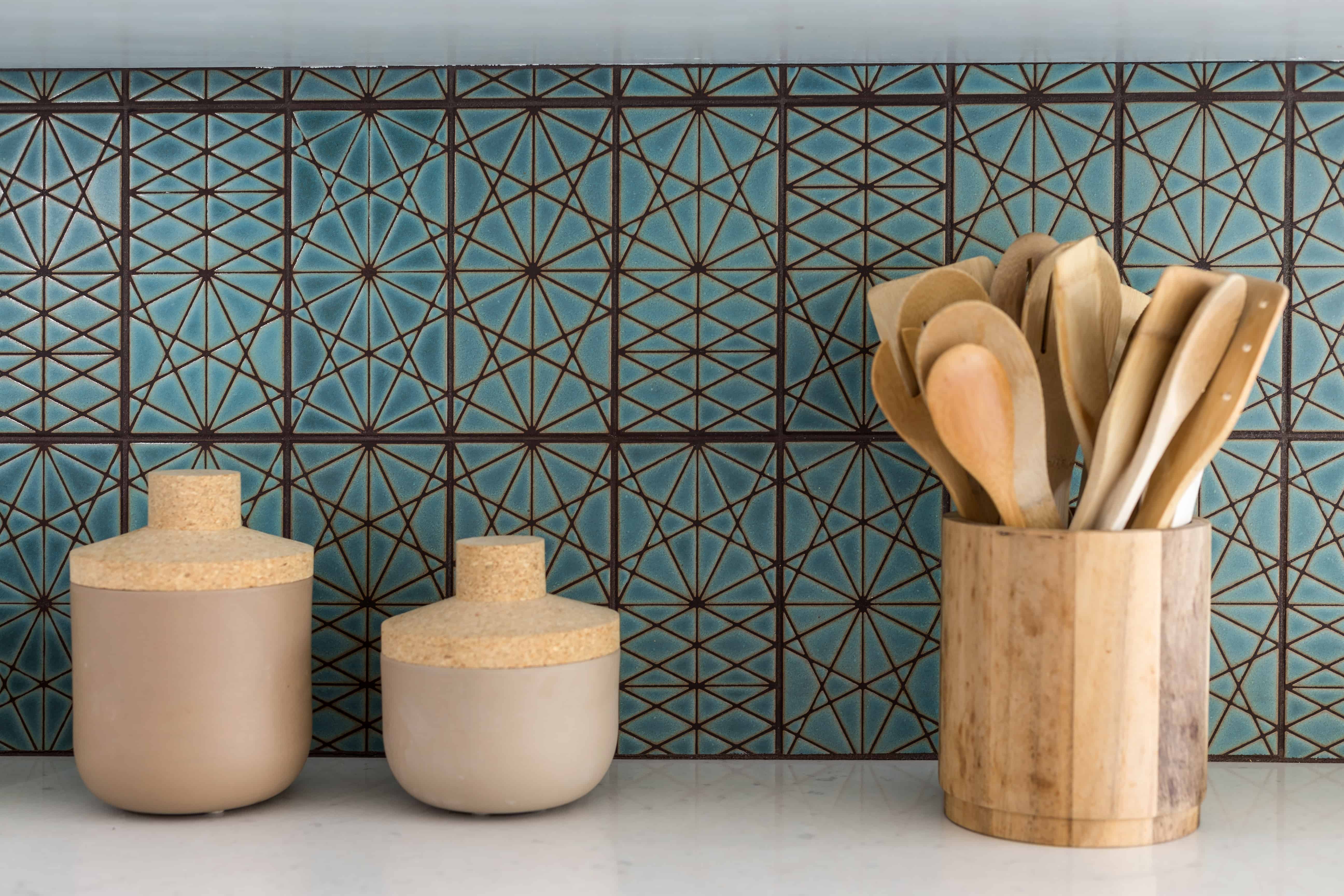 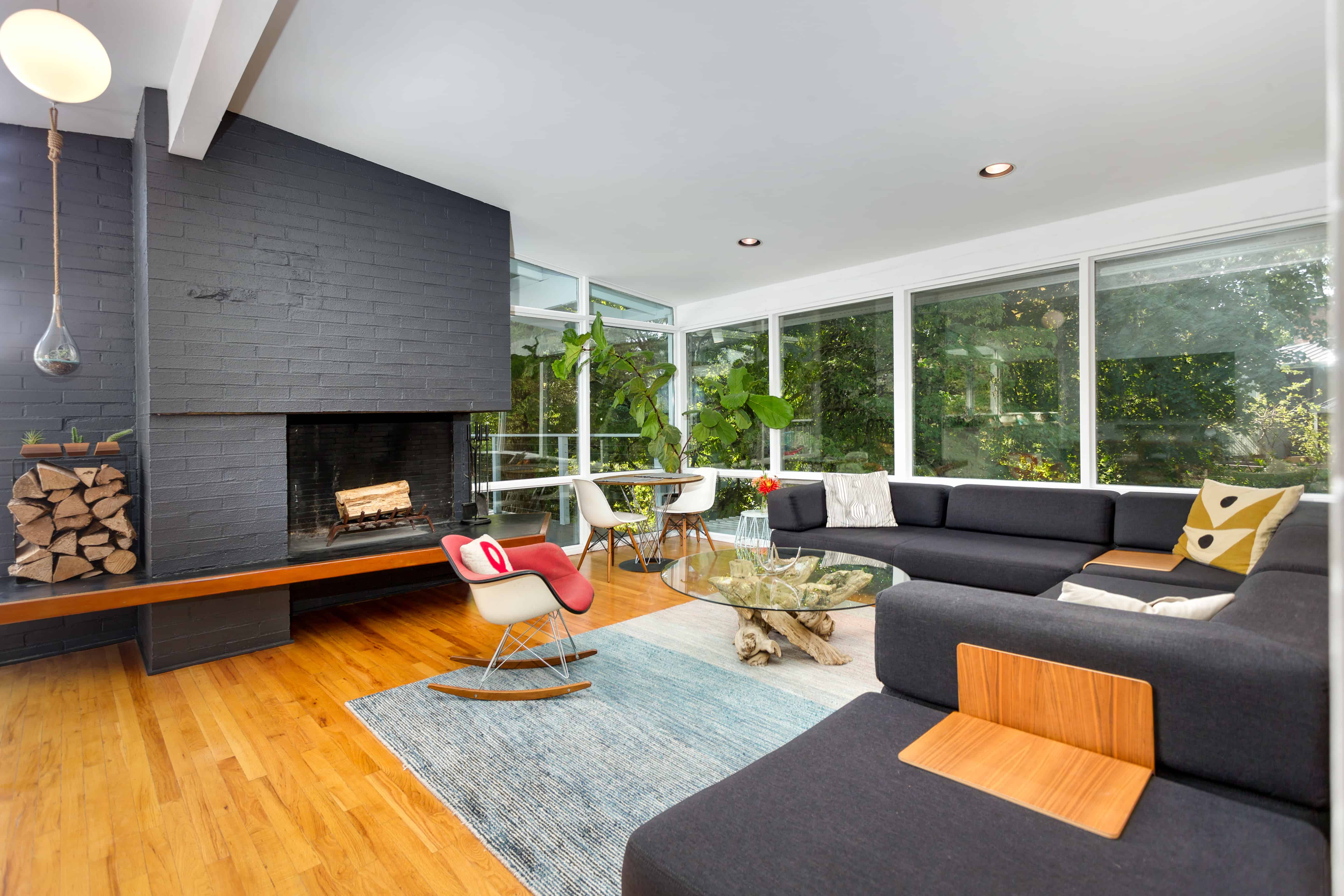 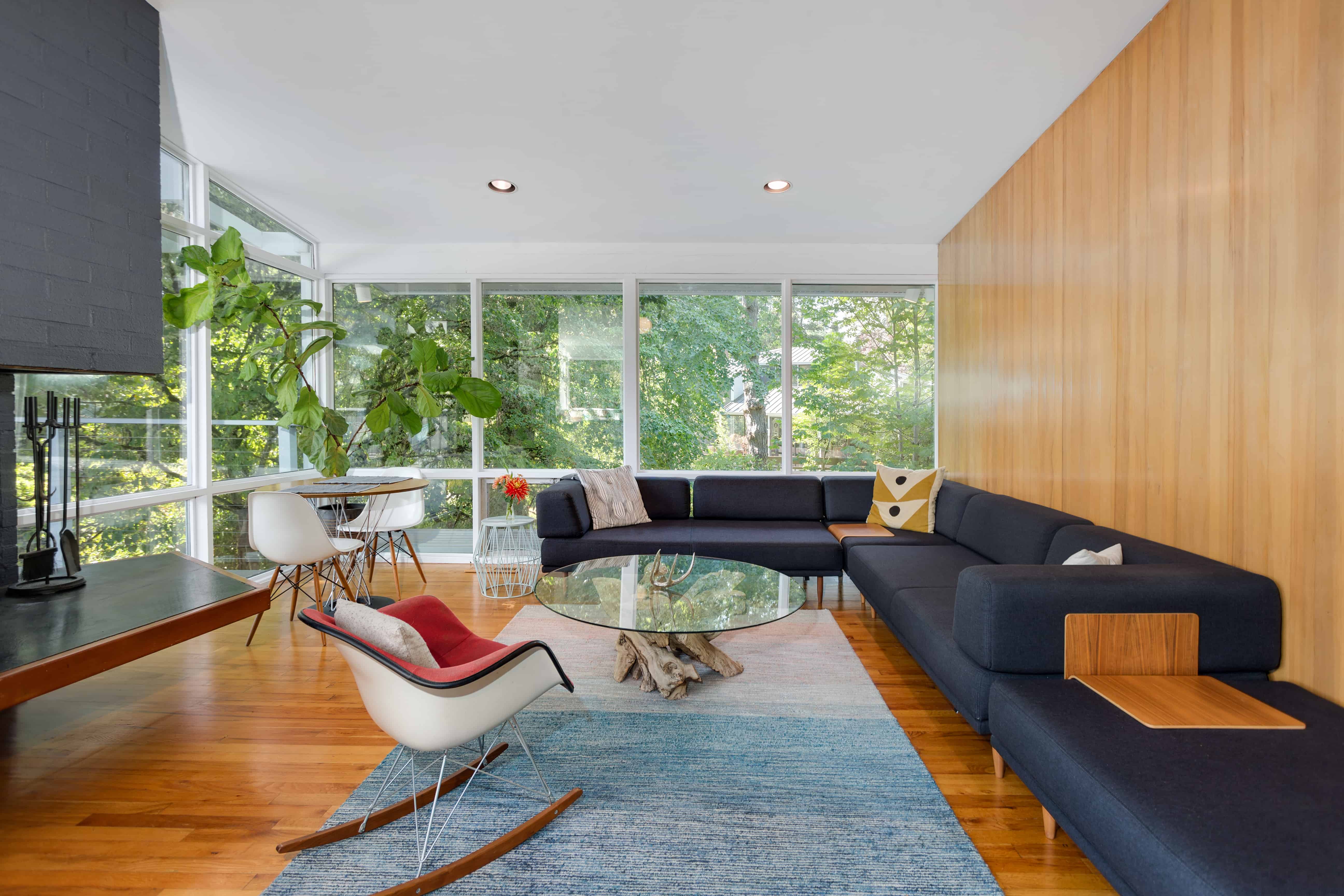 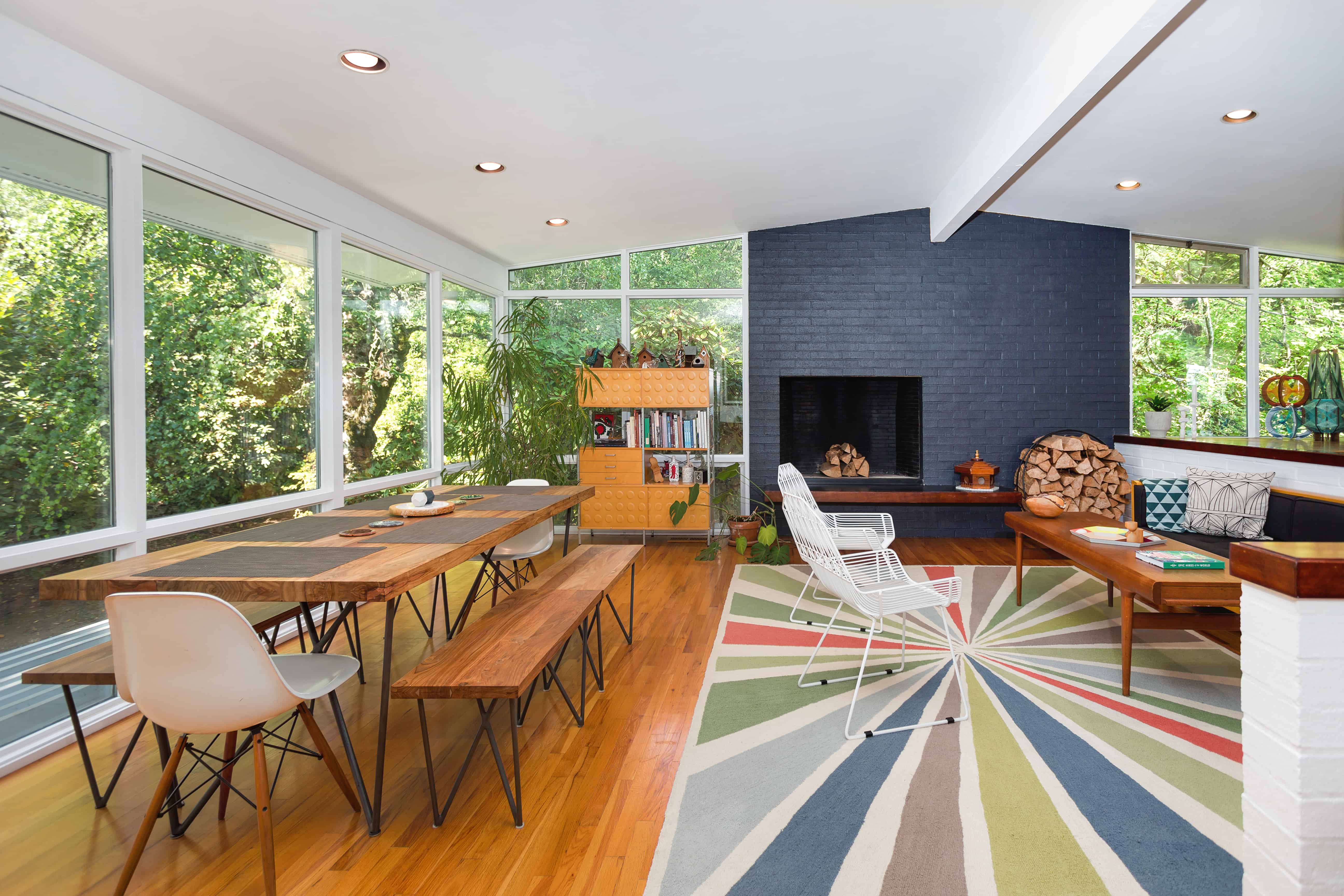 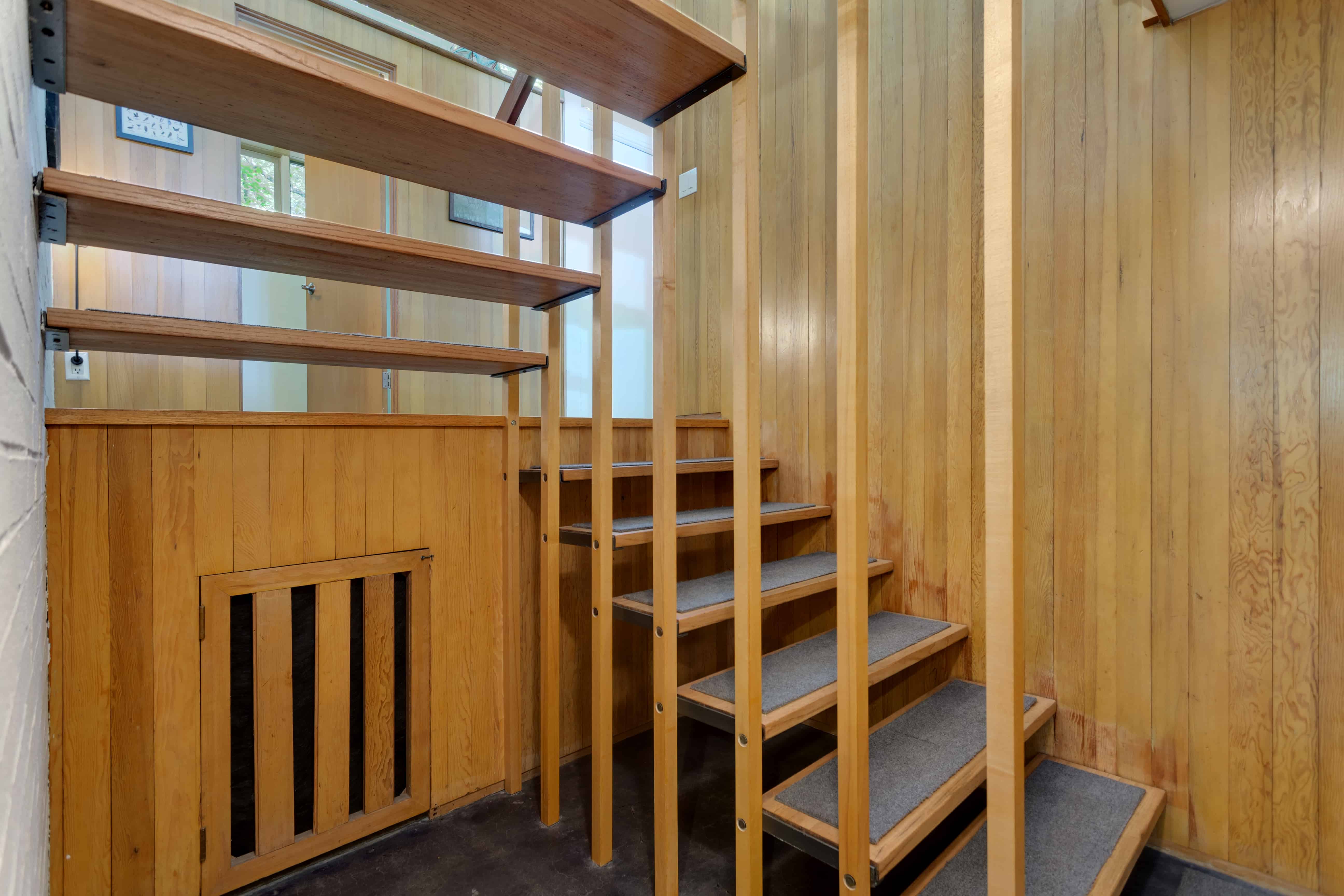 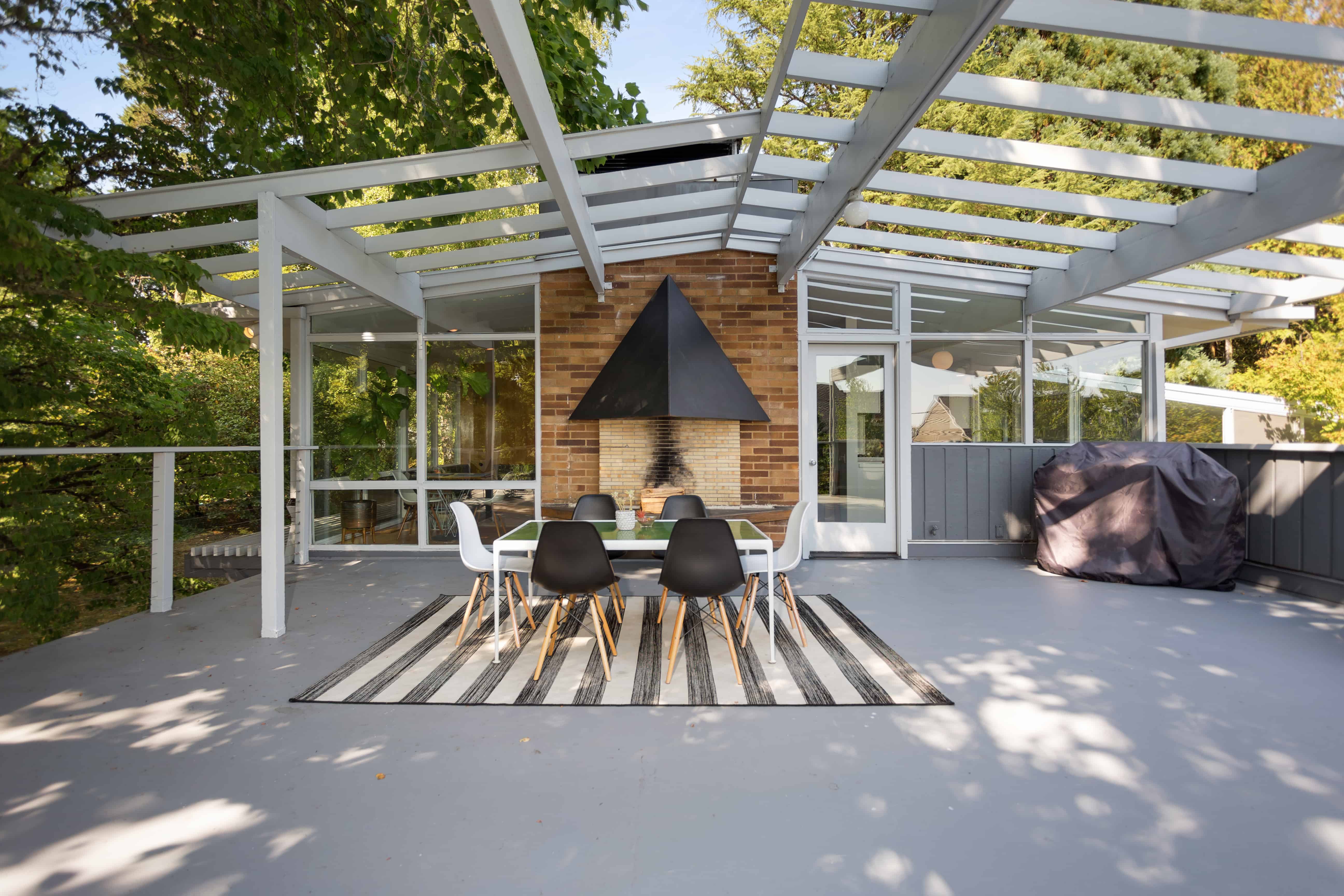 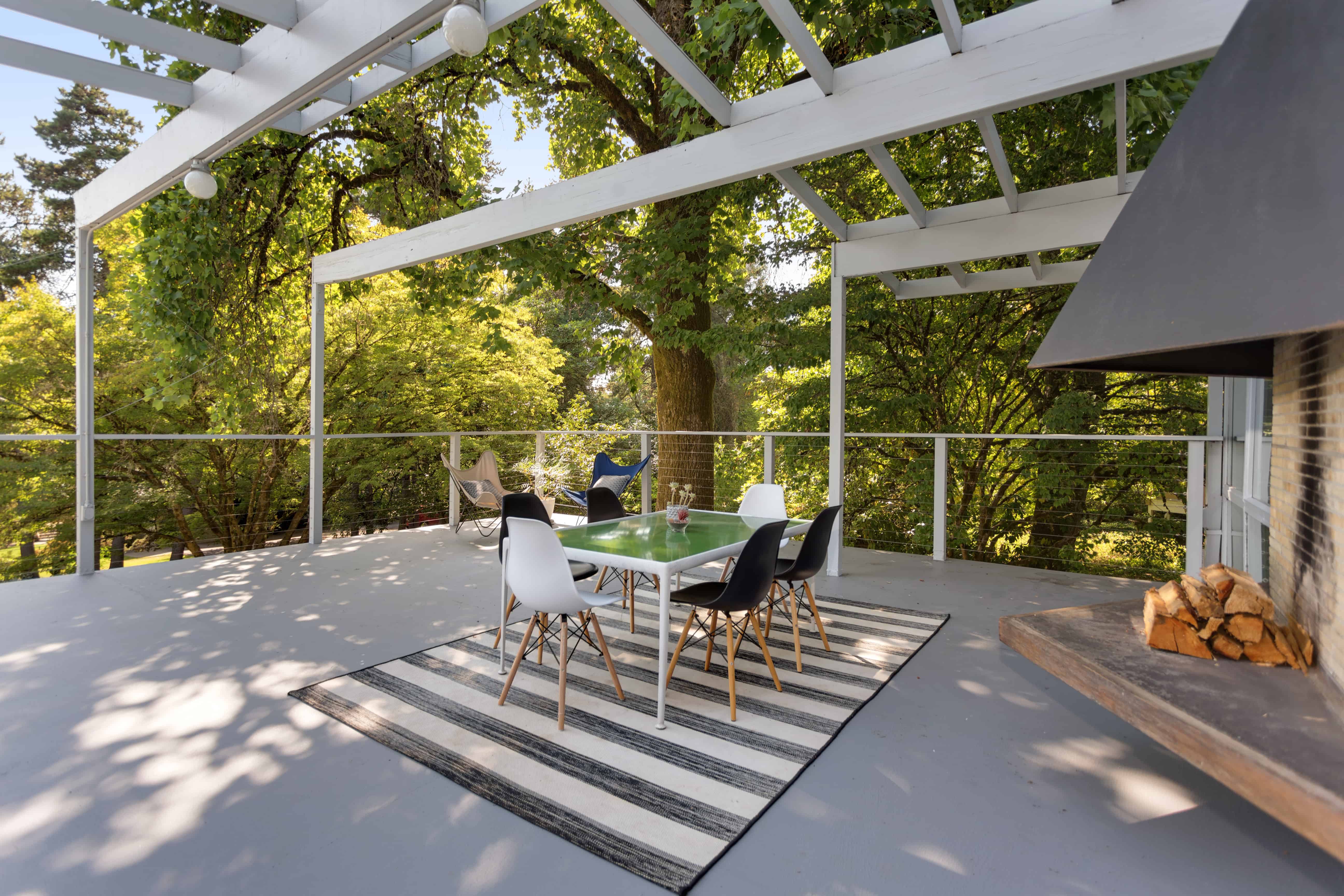 The Old Quarry Road house was one of the first homes built in this Cedar Mill neighborhood. The home was designed by Frank Shell for a local doctor (Dr. Smith) on what was once a fruit orchard. The original portion of the home was built in 1960 with an addition of the primary suite and office added in 1975. The A frame shed still standing on the property was originally used as tool storage in the 20’s and 30’s for the orchard.  The original landscape architect was Chandler Fairbank with some updates made to the design in the 70’s by Clark Matschek & Associates.

Frank Shell was a pioneer of modern commercial design during the mid century era. Shell was active in Oregon between 1950 and 1980 and was known for his cutting-edge style, which now defines the iconic mid century modern look. He specialized in designing schools and churches, but also designed a handful of custom homes around the Portland metro area.

Shell was born in Omaha, Nebraska and received his degree from Washington State before moving to Portland in 1949. He created the firm Farnham, Shell, and Hoyt with his two partners, Jonathon Farnham and Charles Hoyt. Some of his notable structures include Estacada and Oakridge high schools, Tabor Heights, Calvin Presbyterian and Hood View Churches.