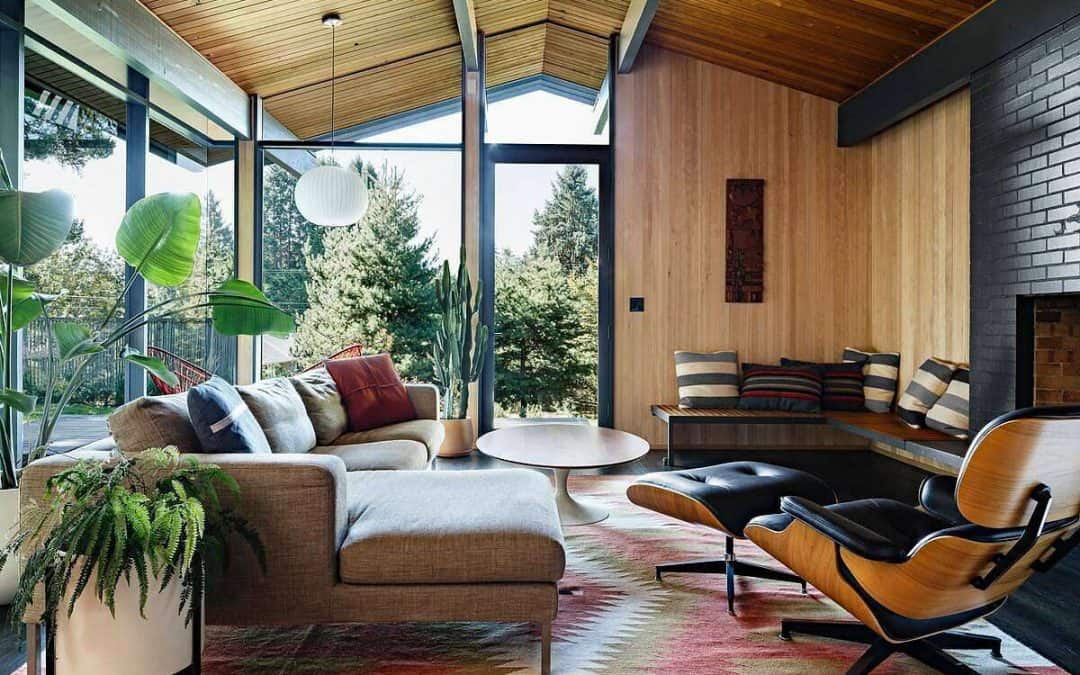 Saul Zaik remains one of the most influential architects in Portland’s rich architectural history. Ever a modest man, Zaik described his work as merely “building boxes with a bunch of windows but experimenting with how you integrated indoor and outdoor spaces”. Zaik’s eye for the Pacific Northwest landscape glimmers through his design elements: floor-to-ceiling windows, rich Willamette Valley wood accents, sunken rooms, and towering ceilings.

After returning from his WWII service, Zaik enrolled and graduated from the University of Oregon’s School of Architecture. He was immediately thrust into the industry, working at many Portland architecture firms — however, only three years later he launched his own firm, spearheading modernization of Portland design.

This American design movement took place largely between 1945-1970, characterized by crisp lines and modest materials. Zaik embodied this movement in his designs and passion for the natural elements of the PNW. Often, residential MCM architecture aims to bring natural elements to the home with open floor plans, abundant windows, and indoor plants.

Although Zaik is known for his influence in MCM architecture, he has been recognized for his unique style many refer to as “Northwest Modern” or “Northwest Regional Style”. This style expands on MCM architecture with asymmetrical floor plans and flat, low-pitched ceilings.

One of the best known Zaik designs, this 1956 home took a dramatic twist on classic features: floor-to-ceiling windows, towering ceilings in the bathroom, and exposed beams in the living room. With a budget of $35,000 ($338,000 today), Zaik’s objective was to create a comfortable oasis for the Feldman family, a Jewish couple who had moved from Germany at the end of the war and were looking for a home to start fresh. 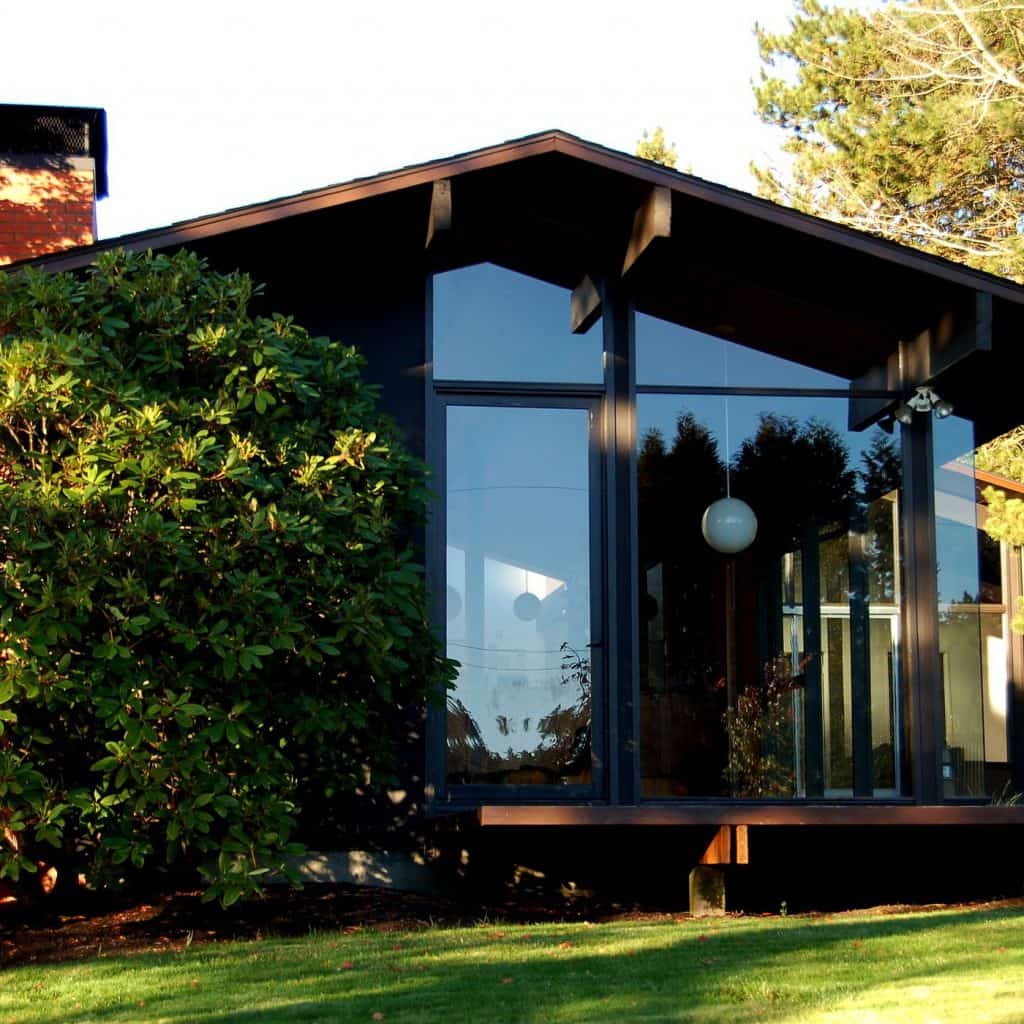 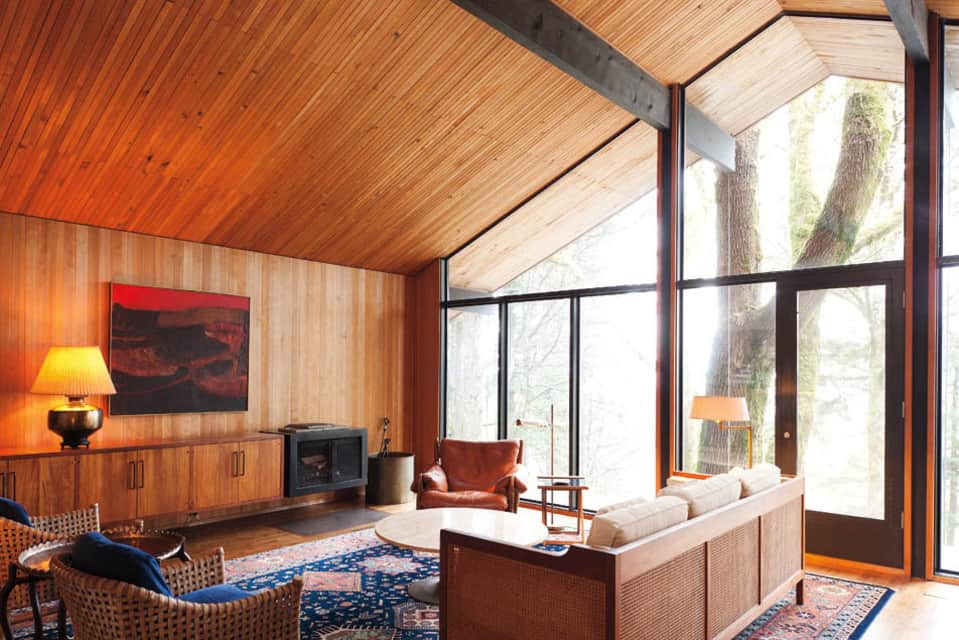 Evident in his use of windows and dramatic angles, Zaik valued sunlight. Living in Portland Metro, locals collectively know the value of natural sunlight in between the more frequent rainstorms. The use of hemlock and fir was an inexpensive option for the couple and mirrored the Willamette nature Zaik admired.

Now a Portland attraction, this towering one-bedroom home is built atop the 65-foot-tall mass of a World War II ship (the USS O’Hara). Geometric beams crisscross the ceiling, blending nautical infrastructure in a warm, livable space. The home’s circular shape and use of windows allow for a 360° view of Portland.

This Zaik home, located in the SW hills of Portland, is officially available to rent on Airbnb. The current owner’s listing invites guests to enjoy the endless views and company of his cat, Bukowski, who roams the property. 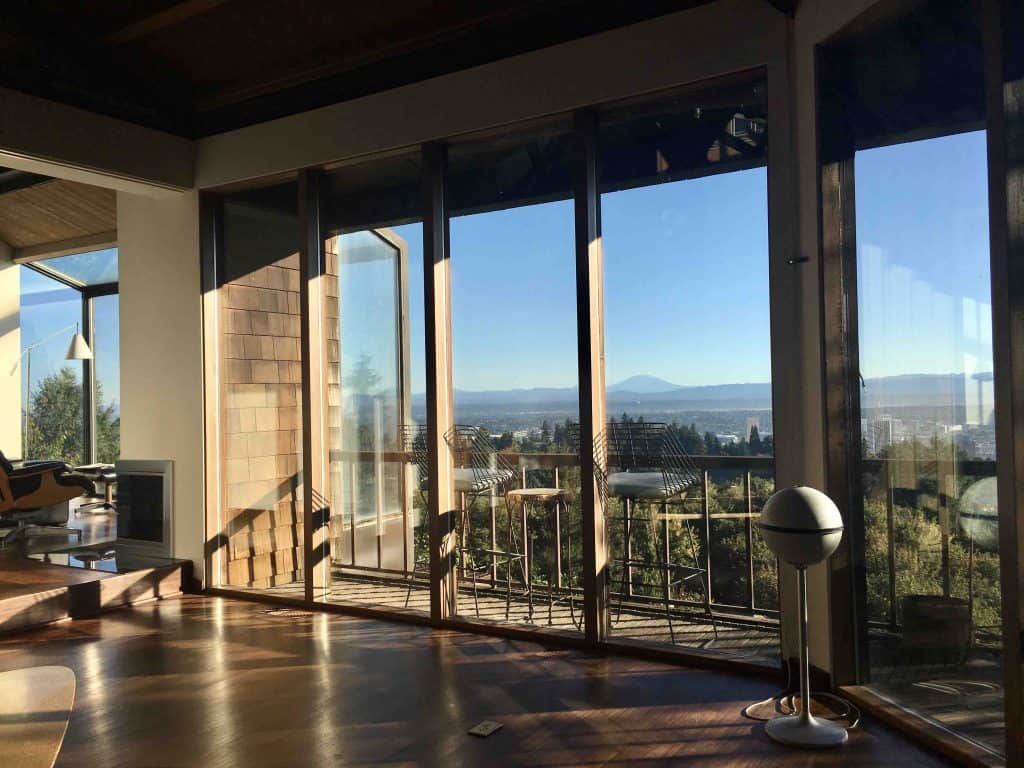 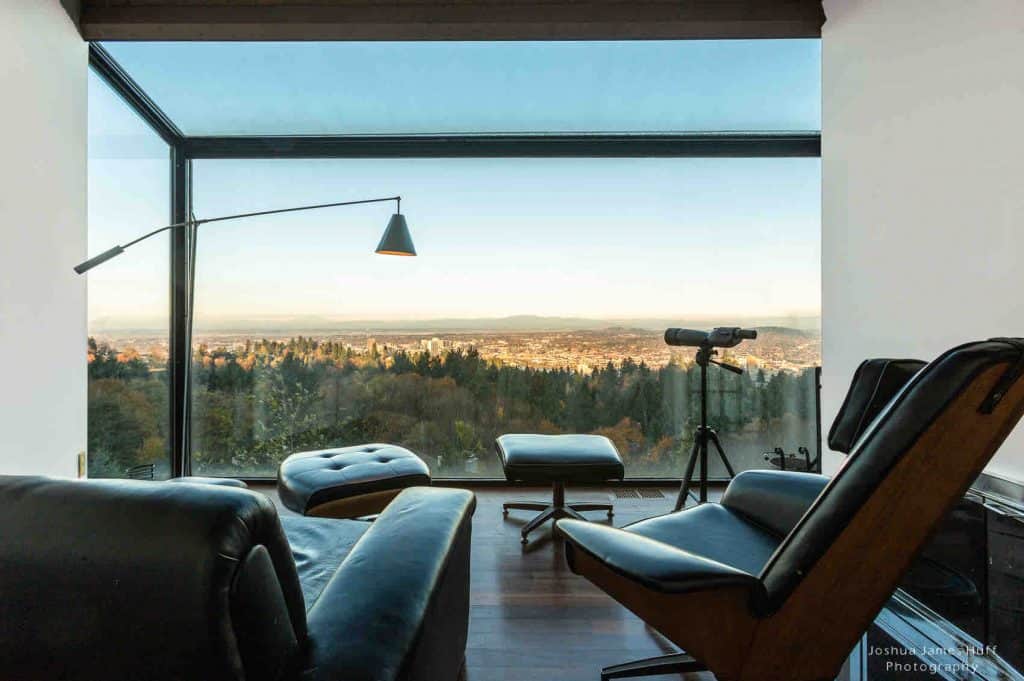 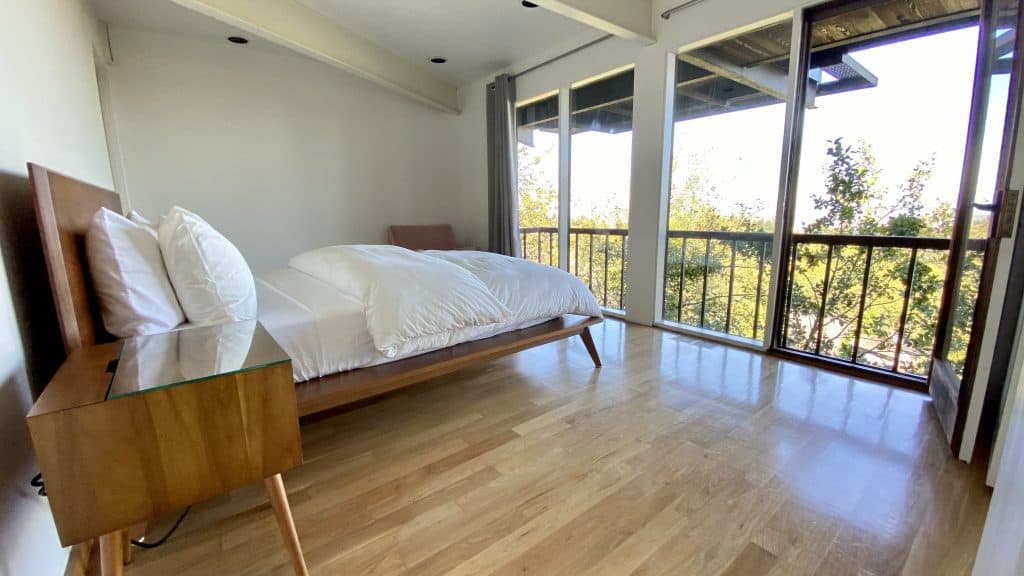 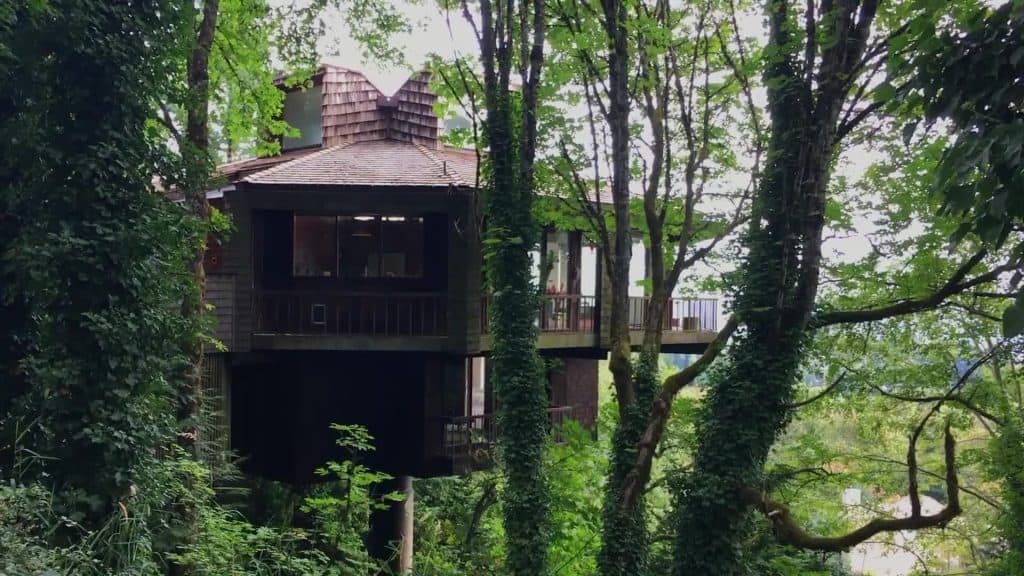 Designed in 1962, this unique home is sectioned between garden and living space. Constructed with exterior glass walls, the city skyline is visible from one side, and a dense garden on the other. Sheltered behind evergreen trees, the home is designed to feel natural in the space, with stained wood elements, Douglas fir ceilings, and limited need for artificial lighting.

The kitchen was recently remodeled by Mosaik Design, a company that ensures historical authenticity in their restorations. The remodeled kitchen introduced quartz countertops, mahogany cabinets, and updated lighting. 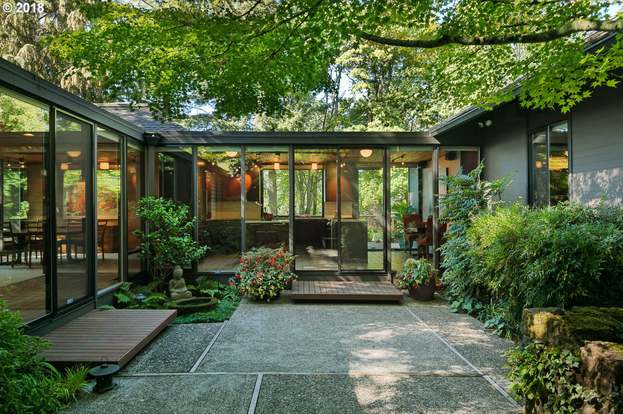 This unique beach house is built around the natural elements of the Oregon coast. The property includes vaulted ceilings, skylights, and a generous open floor plan. By analyzing the sun patterns of the area, Zaik constructed a pyramid-shaped building, angled with the natural daily path of sunlight to create pristine natural light in the home. 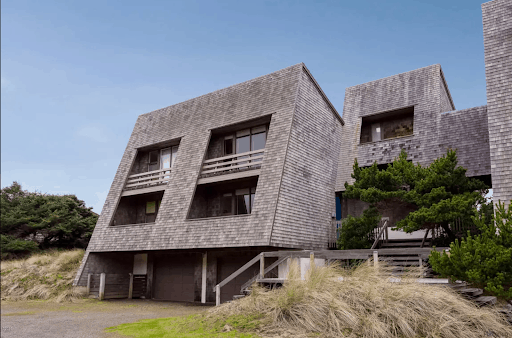 The beauty of Portland shines through Saul Zaik’s work, in his effortless integration of sharp, urban angles, and natural materials. Zaik’s created an oasis with every property designed, nestled in the serene Willamette Valley environment. By studying and adapting his designs into our own, we honor his legacy.