Back to the Basics: What Defines Mid-Century Architecture? 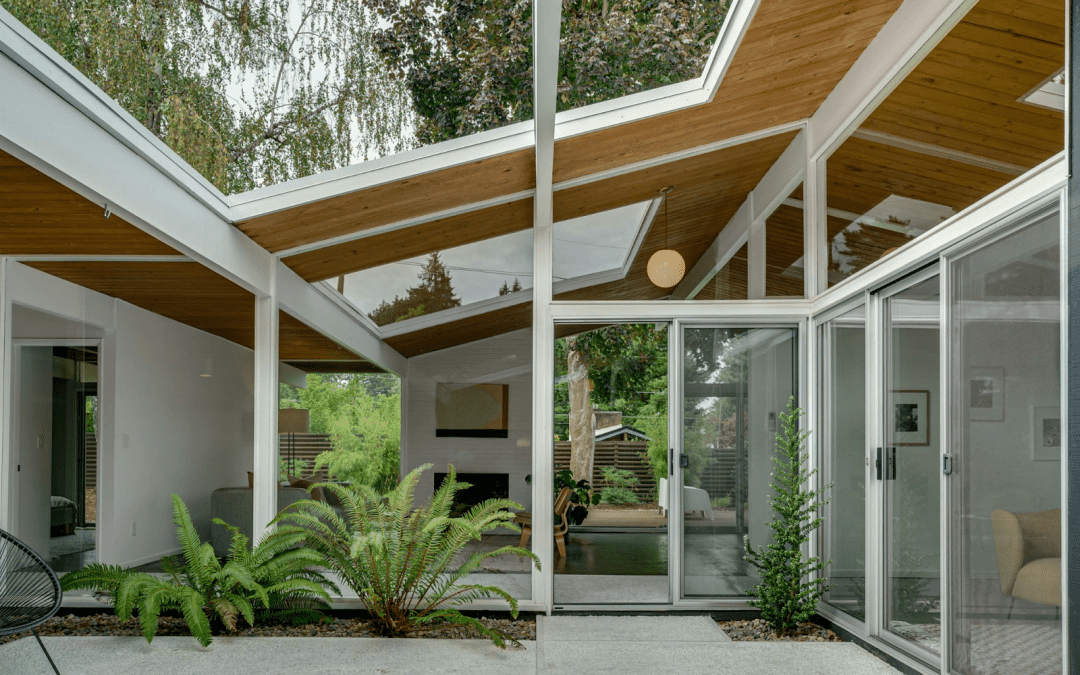 Welcome to our back-to-basics series. I’m diving into the core elements and features of mid-century modern architecture, furniture, decor, art, and design.

What is “Mid-Century Modern?”

The mid-century modern design movement is based on the décor styles of the mid-1940s through the late 1960s. During this time, clean lines, muted tones, the combining of natural and manufactured materials with splashes of vibrant colors, and outdoor elements were prevalent in home design.
The key components of Mid-Century Modern design can be broken down into… 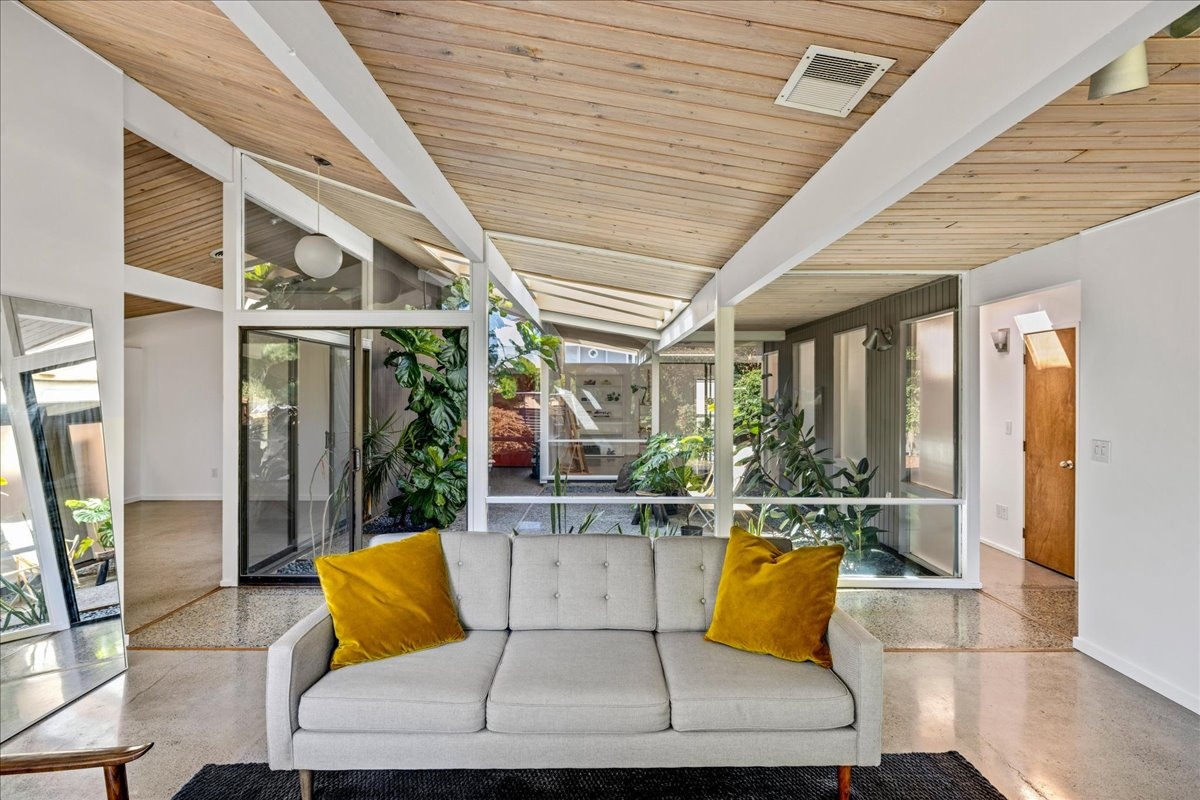 Interior design blog, Den Garden, credits famous architects like Frank Lloyd Wright, Ludwig Mies van der Rohe, and LeCorbusier with popularizing the mid-century modern movement. If you’re familiar with their work, you know that they feature clean lines and open floor plans in their homes.
Let’s look at some of the other characteristics that should be included in mid-century modern architecture:

Functionality and inviting of convenience

Including features like floor-to-ceiling built-in shelving to allow for an organized living space while creating a focal point can easily be integrated into a mid-century home.

If you can only focus on one element, focus on minimalism. The architecture should be simple and not fussy. You won’t see any engraved columns or intricate cabinetry in the mid-century modern home. Many mid-century homes feature unique, futuristic-looking angles. This can be a sloped roof that blends into a flat plane roof. These lines are asymmetrical and create an eye-appealing focal point to the home. The more windows you can include in a mid-century modern home, the better. They can consist of sliding glass doors that can remain open and provide an easy transition from indoors to out. Including floor-to-ceiling windows in the living room or bedroom that allow natural light inside is another way to make the mid-century modern theme evident.

Blending of indoor and outdoor

Integrating nature into the space is a key component of mid-century modern architecture and design. This can be accomplished by something as simple as adding plants to your decor or by creating functional indoor-outdoor spaces with large sliding doors. 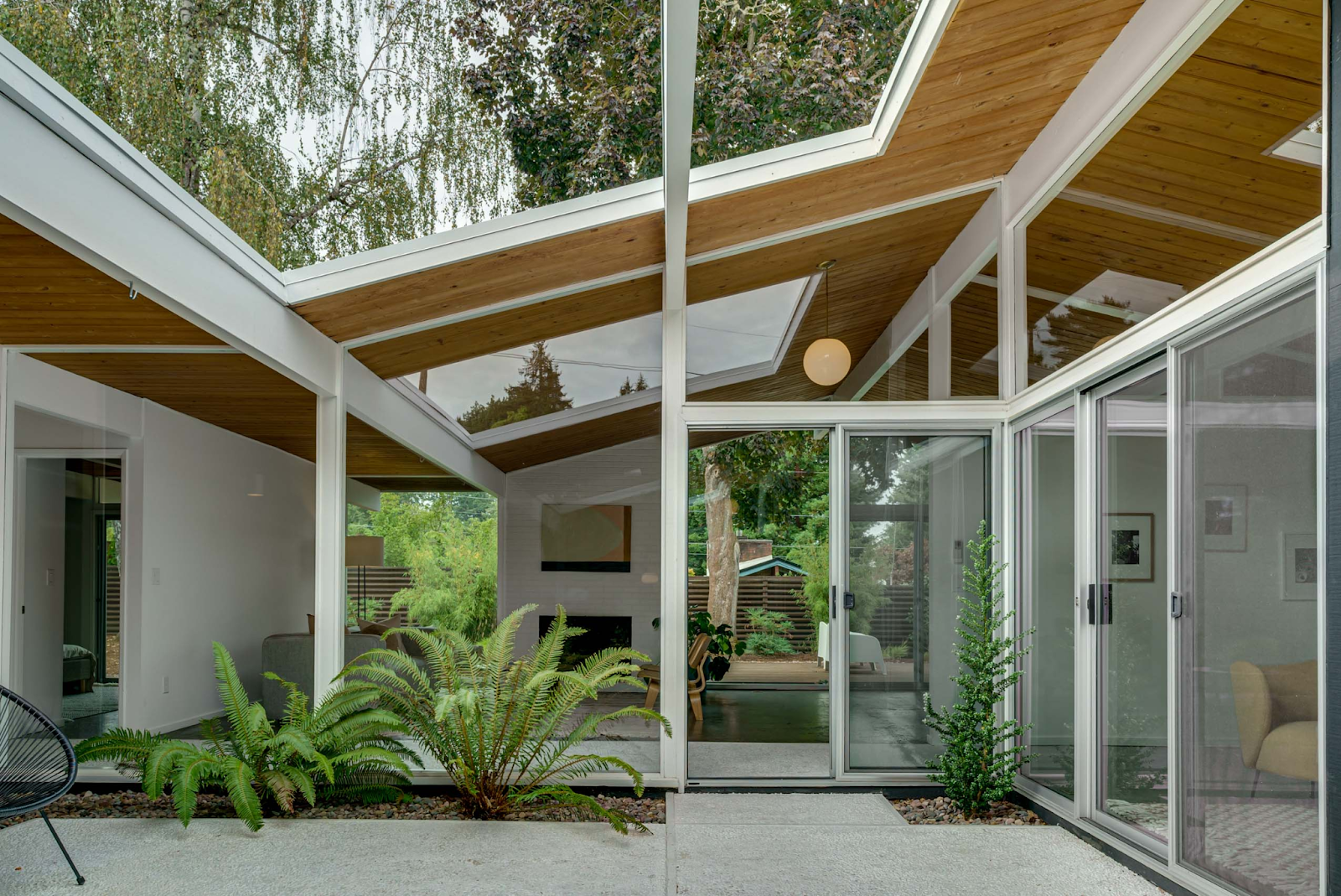 The Mid-Century Modern Movement Is Here To Stay

Although the features of a mid-century modern home appear to be futuristic and stand out from many other architectural styles, it is safe to say the movement is here to stay. This architecture and design style is so unique that it will always be popular and easy to recognize.
Keep yourself updated on modern Portland builds and advancements in modern design here, with monthly blogs. Don’t forget to follow me on Instagram @modernhomesportland for even more exclusive details on modern design, market updates, and community news!