South Portland is a long and narrow neighborhood just south of downtown. It’s hemmed in between the Willamette River and the West Hills. It stretches from I-405 and the Marquam Bridge on the north to SW Canby Street and the Sellwood Bridge in the south. The Willamette forms the eastern boundary, and SW Barbur Blvd. most of the western boundary. In addition to Downtown to the north, other bordering neighborhoods are Southwest Hills, Homestead, Hillsdale, and South Burlingame to the west, and Hosford-Abernethy, Brooklyn, and Sellwood-Moreland across the river on the east.

Buy Or Sell With Marisa 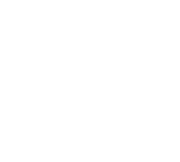 Pietro Belluschi is our city’s most acclaimed and accomplished architect as well as one of the great American modernists of the 20th century. Over the course of his career, Belluschi participated in the design of more than 1,000 buildings, in the Pacific Northwest and...

END_OF_DOCUMENT_TOKEN_TO_BE_REPLACED

The word “utopia” stems from the Greek ou-topos, meaning “no place”, but at the same time, it also refers to eu-topos, “a good place.” It was first coined by Thomas Moore in 1516, which was used to describe a fictional island society in Greece. The origins of the word...