Zaha Hadid: The Queen of the Curve

Dame Zaha Hadid, the Iraqi-British architect who held the heart of the architecture world in the palm of her hands. Known for her radical deconstructivist designs, the “Queen of the Curve” has redefined cities all over the world with her distinctive style. Hadid was the first woman to receive the Pritzker Architecture Prize in 2004 and the RIBA Gold Medal in 2016. She also received the UK’s most prestigious architectural award, the Stirling Prize for two consecutive years, 2010 and 2011. Her style was truly exceptional—showcased in her buildings with fluid architectural forms. When asked in an interview with Oxford Union, “What do you do when you have to compromise your design for practicality?” she replied:

“I don’t like the word compromise to start with. We know we are professionals and we know on every project we have to be smart in the way we interpret our clients’ (wishes). … And as long as you maintain the central idea of the project, and can adjust the work to suit, in some cases it makes the work better — if you have to go around a certain problem.”

Hadid was born on October 31st, 1950 in Baghdad, Iraq. Her father Muhammad al-Hajj Husayn Hadid, was a wealthy industrialist while her mother, Wajiha al-Sabunji was an artist. She credits her childhood family trips to Sumerian cities for awakening her interest in architecture. She finished her Bachelor’s Degree in Mathematics at the American University of Beirut. In 1972, she studied at the Architectural Association School of Architecture where she met architects Elia Zenghelis and Rem Koolhaas who later became her colleagues at the Office of Metropolitan Architecture. In 1979, Hadid opened her own firm, Zaha Hadid Architects (ZHA) in London.

Her winning-entry for The Peak, a leisure and recreational center in Hong Kong gained her international recognition in 1983. However, most of her radical designs were never built garnering her the nickname the “paper architect” during the 1980’s until the early 90’s. During this period, her reputation was built on her teaching and exquisite designs – which were often exhibited in major museums.

Vitra Fire Station (1989-1993) in Weil am Rhein, Germany is Hadid’s first built project which served as a launching pad of her architectural career. The station resembles a bird in flight because of its sharp-angled planes. 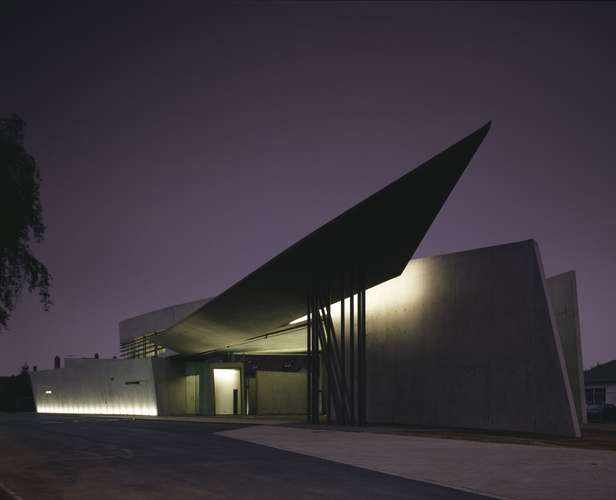 Among Hadid’s early projects include Bergisel Ski Jump (1999-2002) in Austria, Phaeno Science Center (2000-2005), and BMW Administration Building (2001-2005), both in Germany. In 2000, Hadid designed the Cincinnati Contemporary Arts Center, the first American museum to be designed by a woman. Her “Urban Carpet” vision for the building aimed to incorporate the fabric of the city within the walls of the museum. Massive curvings and concrete planes were some of the museum’s dynamic features.

Hadid also ventured into designing bridges – Zaragoza Bridge Pavilion (2005-2008) in Spain and Sheikh Zayed Bridge (1997-2000) in Abu Dhabi. Hadid’s architectural career continually flourished around the world. In 2002, she had her first project in China, The Guangzhou Opera House which opened in 2010. 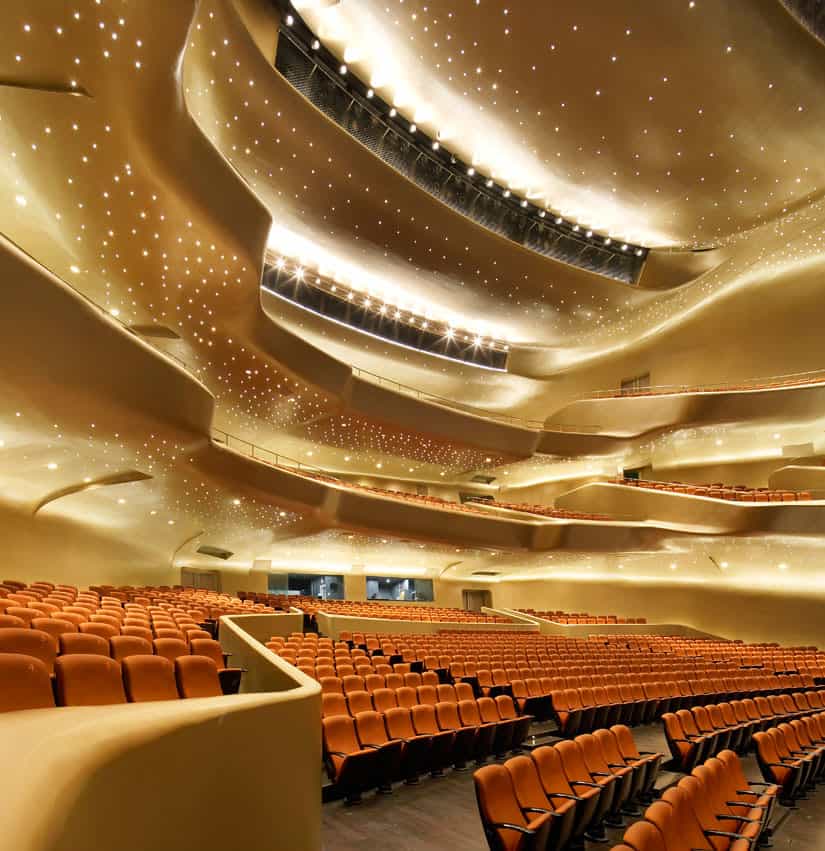 The 1,800-seat theater was inspired by natural earth forms. From its exterior which resembles two giant smooth-edged boulders to its interiors lit with thousands of tiny lights resembling stars in the night sky. Another notable project of Hadid’s was the MAXXI Museum in Rome, completed in 2010. Her design for the museum earned her the Royal Institute of British Architects (RIBA) Stirling Prize for the best building. 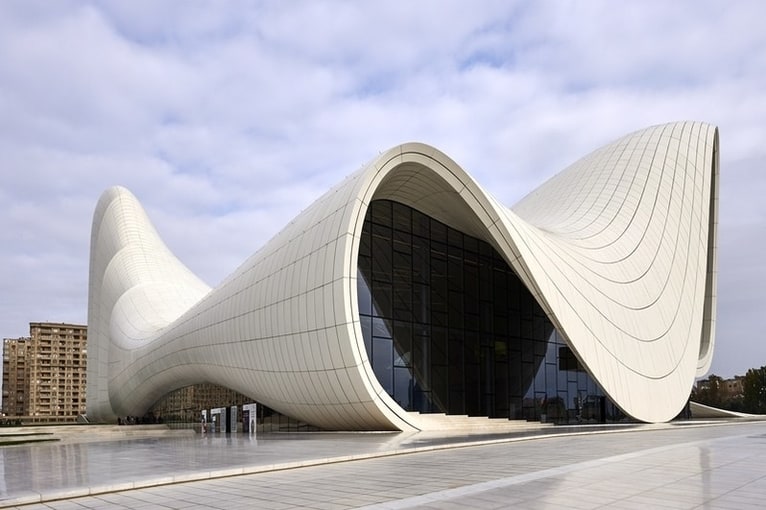 Another of her stunning works is the Heydar Aliyev Center (pictured above), a gigantic cultural and conference center in Azerbaijan. An eight-story building consisting of an auditorium with 1,000 seats, an exhibition space, a library, a museum, and a conference hall. According to the architect, “its fluid form emerges from the folds of the natural topography of the landscape and envelops the different functions of the center.” As described by Peter Cook in Architectural Review, it was “a white vision, outrageously total, arrogantly complete … a unique object that confounds and contradicts the reasonable … a waveform sweeping up, almost lunging, into the sky … here is architecture as the ultimate statement of theatre … It is the most complete realisation yet of the Iraqi-born architect’s vision of sweeping curves and flowing space.” Hadid’s signature style once again shocked and awed with the wave-like shape of the building. In 2014, Hadid’s masterpiece won the London Design Museum’s Design of the Year.

Aside from museums and cultural buildings, another major contribution of Hadid was London Aquatics Center which was built for the 2012 Summer Olympics. According to Hadid, the center was “inspired by the fluid geometry of water in movement”. Its roof forms a parabolic arch which was made up of steel, aluminum, and wood.

Here famed projects are plenty, but aside from being a great visionary, Hadid was also an exceptional teacher. She was a dedicated instructor at the Architectural Association, Harvard University, the University of Chicago, and Yale University. She also contributed to the 2014 Los Angeles Philharmonic production of Mozart’s Così fan tutte as a furniture designer, a designer of interior spaces, and a set designer. A woman of countless talents.

In March 2016, Hadid passed unexpectedly of a heart attack. The world of architecture mourned her passing, and it’s safe to say that her legacy will stand the test of time. Patrik Schumacher, her business partner assumed leadership of her firm, Zaha Hadid Architects.  The firm continues to design and build boundary-breaking projects the world over.